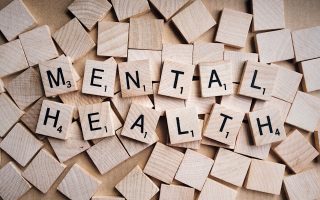 Although researchers have suspected a link between air quality and mental health for some time, the exact nature and strength of the relationship has been very difficult to pinpoint. Now, research conducted by scientists in the UK may be shedding new light on this problem.

The Link Between Air Pollution and Mental Health

According to a recent study of 13,000 British adults conducted by researchers from Kings College, relatively small changes in pollution levels have large effects on the prevalence and severity of mental health issues. The researchers focused on the effects of nitrogen dioxide, a common pollutant and component of car exhaust.

According to the findings of the research team, small increases in concentrations of nitrogen dioxide drastically increased the number of mental health issues across the individuals studies. In fact, increases of up to 32 percent in need for mental health treatment were observed. Higher concentrations of nitrogen dioxide also appeared to correlate with more instances of severe mental illness. Hospitalizations due to mental illness increased by up to 18 percent when air pollution was worse.

Although much more research needs to be done to identify the mechanism behind the link between air quality and mental illness, one likely culprit is inflammation. Pollutants such as nitrogen dioxide and fine particulate matter can be absorbed into the bloodstream and potentially cause inflammation throughout the body. When this inflammation occurs in the brain, scientists believe, the results could include a higher risk of mental illness.

How to Protect Yourself From Air Pollution

Air pollution is one of the biggest health risks facing populations worldwide in the modern era. Common pollutants, especially fine particulate matter, are associated with increased risks of diseases ranging from strokes to cancer. Needless to say, it’s important to take all possible steps to protect yourself and your family from the potential risks of air pollution.

One of the most effective ways to give yourself some extra protection against air pollution is to buy a high-quality home air purifier. An air purifier that combines HEPA and carbon filtration will be able to target many common pollutants. By using an air purifier in your home, you can provide yourself with cleaner, healthier air in the place where you spend the largest part of your day.

Some of the air purifiers we recommend for general-purpose home air quality protection include:

In addition to using an air purifier, you can also use your home’s internal fan to circulate air indoors, rather than opening the windows. Recirculating air may reduce the pollutants coming in from the outside. This is especially important during peak traffic times, when air pollution is usually at its worst.

Have questions about which air purifier is right for your home? We’re here to help! Feel free to contact us, and we’ll be happy to provide you with answers and product recommendations based on your needs.