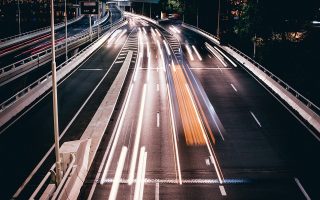 Air pollution is among the largest environmental and health issues facing us today. In recent years, more and more evidence has shown that exposure to air pollution increases risks for everything from cancer to strokes. Fortunately, this increased focus on air pollution is also leading to new and innovative ways to address the problem. One promising solution is a newly developed type of pavement meant to capture automotive pollution.

A test of this pavement may soon be underway in Orlando, Florida. According to the Orlando Sentinel, a 2.2 square mile area of road near an interstate interchange is targeted for a large-scale test. Though by far the largest, this isn’t the first time the Florida city has experimented with the paving material. Previously, a small section of a city road and two patches of 500 square feet each at the Orlando International Airport were used as test sites. The new project, however, dwarfs both of these previous experiments in scale.

The pavement itself is treated with a photocatalytic titanium dioxide compound. Pavement treated with the solution can then absorb nitrous oxide, one of the most common and most dangerous components of vehicular air pollution. The two smaller tests conducted previously reduced pollutants by up to 31 percent.

If used on a widespread basis, such treatments could be a game changer in the fight against air pollution. In the US, the transportation sector accounts for 55 percent of nitrous oxide pollution and 10 percent of volatile organic compound pollution. Both of these components of air pollution can be absorbed by pavement treated with the titanium dioxide solution. If the finding of 30+ percent reductions in pollutants holds true at larger scales, the result would be a substantial reduction of some of the most dangerous air pollutants in large cities.

Though promising, it may be some time before the paving material is used widely. In addition to needing time to catch on, it may also be too expensive for some cities to implement at large scales. Pavement infused with the titanium dioxide solution costs about twice as much as ordinary asphalt. The benefits, however, could far outweigh the costs by substantially reducing the total amount of air pollution in major cities.

Beyond absorbing pollutants, the titanium dioxide treatment also allows this paving material to reflect sunlight. As a result, the material isn’t subject to the so-called “heat island” effect, in which thermal energy radiating off of pavement increases the air temperature around it. With this reflection, it’s possible that temperatures near major roads could be brought down significantly on the hottest, sunniest summer days.

While innovations like this promising paving material may soon help us control air pollution, it’s still a very real problem for the time being. For this reason, it’s important to take whatever steps you can to protect yourself from its proven harmful effects. One of the best things you can do to keep yourself safer is to buy a home air purifier outfitted with both HEPA and carbon filters. Carbon filters remove gases and VOCs, while HEPA filters can help capture airborne particles. Together, the two can help keep your home air much cleaner. If you live in a highly polluted area, you should also consider investing in an indoor air quality monitor to help you determine how many pollutants are making their way into your home.

Have questions about using air purifiers to keep your home air healthy? We’re here to help! Feel free to contact us, and we’ll be happy to provide you with answers to your questions and personalized product recommendations based on your needs.