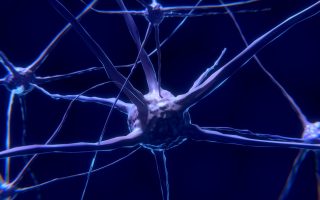 For many years, researchers have found telltale signs of a link between air quality and cognitive function. Students from more heavily polluted neighborhoods, for example, tend to have lower grades than those living where air quality is better. The problem, though, has been quantifying this link. In a recent study seeking to solve this problem, researchers used data from the popular brain-training game Lumosity to reveal how air pollution affects cognitive health.

The study in question used data from more than 116,000 US-based Lumosity users. Based on IP addresses, users were grouped according to their zip codes. With this geographical information, the researchers could cross-reference the users’ locations with day-to-day air quality data to see what effect, if any, higher levels of air pollution had on performance in the game. Thanks to the game’s own ability to test different types of cognitive performance with a variety of tasks, the researchers were also able to examine the results across 7 types of cognition. The research focused on exposure to particulate matter, a common component of air pollution with a variety of known adverse health effects.

The results were, to say the least, significant. Memory was the most affected of the seven areas tested. According to researchers, higher levels of particulate matter could cause users’ performance to drop by the equivalent of 20 years of ordinary age-related decline. It was also discovered that people who were learning new skills were likely to be more affected than those practicing existing ones.

This study adds to a growing body of research suggesting that air pollution could be negatively impacting brain function. As a result, it could also reduce workplace productivity and overall performance in a wide variety of settings. Long-term effects of lower cognitive performance related to high levels of air pollution could also open up significant gaps between those living in densely populated urban areas and workers in cleaner suburban areas.

Air pollution is an ongoing problem that will take time, resources and large-scale solutions to improve. For right now, the best thing you can do is to limit your exposure to harmful pollutants. One of the best ways to do this is by using a home air purifier to remove contaminants from the air in your house. An air purifier with a combination of HEPA and carbon filters is best, since it will allow you to target both particles and gases that make up air pollution.

Some of our top all-purpose home air purifiers include:

You can also use an indoor air quality meter to help you understand the quality of the air in your home. These devices detect common contaminants, allowing you to measure how much air pollution you’re actually being exposed to in the home.

There are also several small ways to at least somewhat reduce your exposure to pollution outside the home. Keeping the windows in your car rolled up while driving, for instance, may help you inhale fewer particles from vehicle exhaust while driving. Using a small air purifier at your desk at work, likewise, may offer you a measure of protection in the office. Even wearing a cloth face mask while walking outdoors could reduce your exposure to ambient air pollution, especially if you’re living in a dense urban center.

Have questions about how air purifiers can help you reduce your exposure to air pollution? We’re here to help! Feel free to contact us with your questions, and we’ll be happy to provide you with answers and product recommendations based on your unique needs.