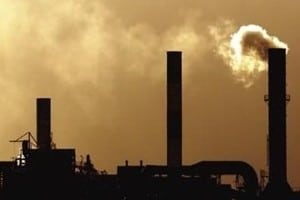 For the last two months, we’ve all been consumed with news of the ongoing COVID-19 epidemic. One element of the outbreak that has gone largely unnoticed, though, is the effect that it is having on air quality worldwide. In this article, we’ll be taking a look at how COVID-19 has affected air quality and what we can learn from this interesting side-effect of the epidemic.

Anecdotally, there are several clues pointing to radical improvements in air quality associated with the lockdowns intended to slow the spread of COVID-19. In New Delhi, the air is clearer and cleaner than it has been in years. In Los Angeles, mountains that are usually obscured by thick smog are clearly visible in a city that’s almost synonymous with low air quality. In the Kenyan city of Nairobi, residents were able to see the peak of Mt. Kenya, a mountain more than 80 miles away.

Unsurprisingly, these anecdotal events are supported by concrete data from around the world showing that air pollution levels have improved dramatically in the two short months since many nations began implementing COVID-19 lockdowns. A new study of air quality in 10 major cities worldwide found that particulate matter levels were down by as much as 60 percent. This represents by far the largest drop in air pollution in decades.

The primary force behind these improvements appears to be reduced emissions from vehicles. With fewer people driving to and from work and less traffic for recreational activities, automobile use is down considerably. As a result, gases and fine particulates that would normally be emitted into the atmosphere have been greatly reduced, particularly in large, crowded cities.

Reductions in manufacturing are also likely playing a role. Industrial production is down in many places as global consumer demand slows and workplaces close or adopt new restrictions to keep the virus from spreading.

What Can We Learn From This Going Forward?

Although the current climate of reduced emissions won’t last forever, it does offer some interesting insights for the future. Specifically, the rate at which air quality improves when emissions are lowered offers hope for rapid improvements as the world eases off of fossil fuels.

Until that time, though, it’s still important to use a residential air purifier to keep the levels of harmful pollutants in your home low. Generally, it’s best to use a combination HEPA and carbon-filtered model that will remove both particles and gases from the air and give you the broadest possible range of protection.