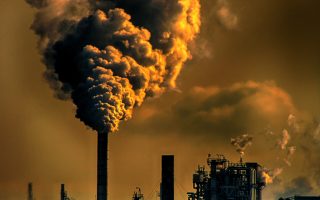 The fact that air pollution is harmful to human health has been well-documented for many years. As new research comes out, though, we keep continue to see a fuller picture of just how bad low-quality air can be. Now, new findings from the University of Chicago’s Energy Policy Institute suggest that air pollution could be reducing lifespans by an average of two years worldwide.Â  Here’s what you need to know about these new findings and the steps you can take to limit your exposure to air pollution.

What Do These Findings Tells Us About Air Pollution and Lifespan?

The study mentioned above compared air pollution ratings against the WHO’s recommended guidelines. This allowed researchers to model how various levels of air pollution affected lifespans. Overall, the researchers concluded that the average global lifespan would be two years higher if all countries met the WHO thresholds for air pollution.

How Can Air Pollution Reduce Lifespans by Two Years?

The main culprit in air pollution’s effect on lifespan is fine particulate matter. Tiny particles released into the air by manufacturing facilities or coal-fired power plants can wreak havoc when they are inhaled into the human body. This type of pollution has been linked to higher risks of various cancers, as well as several chronic respiratory and cardiac conditions.

Who Is Most Affected?

Although two years is a worldwide average, the most affected people aren’t those living in the United States or Europe. Countries in Africa and Southeast Asia that are still more reliant on coal for electric power are disproportionately affected. Even so, it’s likely that all countries with air pollution levels above the WHO’s guidelines are experiencing at least some drop in lifespan as a result of pollution exposure.

What Can You Do?

Fighting air pollution requires public policy responses, but there are some steps you can take to keep yourself safe. The best thing you can do to limit your own pollution exposure is to use an air purifier in both your home and at your office. By covering the places you spend the most time with air purification technology, you can keep yourself safer from pollution. For heavy pollution, we recommend an air purifier with a combination of HEPA and carbon filtration. You can check out our complete selection of residential air purifiers to find the unit that is right for you.

In addition to using an air purifier, you can also try to limit your time spent outdoors in highly polluted areas. If you live in a large, populous city, your outdoor time could actually be exposing you to harmful pollution. Instead, consider getting a bit farther away from your city and spending time outside in an area that isn’t quite as heavily polluted.

Finally, it can be a good idea to circulate the air in your home instead of opening your windows. Drawing new air in from outside can bring in new pollutants as well. Using a whole-house fan in conjunction with your air purifier can keep healthy, clean air circulating in your home.

Have questions about how an air purifier can help protect you and your family from the negative effects of air pollution? We’re here to help! Feel free to contact us, and we’ll be happy to provide you with answers and personalized product recommendations based on your unique needs.