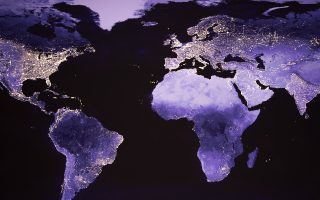 For the last two months, there has been intense speculation about the link between COVID-19 and air quality improvements in major cities. One of our April blog posts focused on these air quality improvements, and now new data shown that they were, in fact, linked to the COVID shutdowns. Thanks to satellite imaging, scientists have ruled out weather as the cause of these changes, effectively proving that the shutdowns associated with COVID-19 significantly reduced global emissions and air pollution levels.

The new analysis was conducted by the European Space Agency using a specialized satellite that can track levels of gases in the atmosphere with state-of-the-art imaging technology. Using this satellite, scientists compared current levels of nitrogen dioxide, a common component of air pollution, to the levels measured at the same time last year. The data were then compared to a computer-generated model predicting what those levels would have looked like in the absence of the COVID-19 shutdowns. This step helped the team to rule out the effects of weather conditions on the results, since nitrogen dioxide can be washed out by rain or spread out by winds.

The results of this comparison confirmed that the air quality improvements we’ve seen in recent months were largely the result of the lockdowns. Reductions in nitrogen dioxide of between 20 and 75 percent were measured over the same period last year. Even adjusting for weather conditions, the models strongly suggest that the reduction in commercial activity and travel over the last few months has improved air quality.

Aside from environmental benefits, this improved air quality may help to reduce the severity of the pandemic itself. Exposure to air pollution has been identified as a potential risk factor for severe COVID-19 symptoms. With air quality improving, it’s possible that fewer vulnerable people will develop severe forms of the disease.

The effects of COVID-19 on air quality may also provide a useful road map for pollution control going forward. Many scientists have been surprised by how quickly air quality has improved worldwide, suggesting that major changes to emissions could result in short-term as well as long-term benefits.

With that said, other effects of air pollution may take longer to mitigate. Even as global emissions have gone down, the alarming signs of global warming have continued more or less at the same pace as before the lockdowns. Most notably, a heat wave in Siberia has recently resulted in the region’s first recorded 100-degree day.

Given the rapid improvements seen in the wake of the shutdowns, though, it is clear that emission reductions can have real-time impacts on air quality and pollution levels. By reducing emissions now, we can greatly improve the quality of the air we breathe both for ourselves and for future generations.