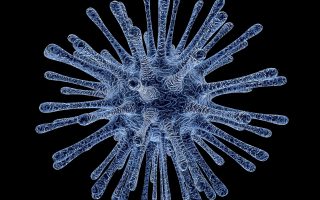 According to a recent Stanford study, cases of COVID-19 could far exceed officially reported statistics from previous testing. The study, which measured antibodies for the virus in residents of Santa Clara County, California, found that the case rates in that county could be 50-85 times higher than the previous number of confirmed cases. Here’s what you need to know about these new findings as efforts to contain the COVID-19 coronavirus continue.

What Did the Stanford Study Find?

Stanford researchers sampled 3,300 residents from Santa Clara County, controlling for age, race, sex and income demographics. After population weighting, the study estimated that between 2.49 and 4.16 percent of the county’s residents could have been exposed to COVID-19 infection. Based on those numbers, the county is believed to have had between 48,000 and 81,000 cases, more than 50 times the confirmed case count.

Why the Huge Difference?

Until very recently, all testing for COVID-19 was conducted using a polymerase chain reaction (PCR) test. This type of testing is well-proven and reliable, but can only catch active infections. Once the virus has cleared from the body, PCR testing returns a negative result. The team conducting the Stanford study, on the other hand, measured antibodies in the blood of participants. These antibodies can remain in the blood after the infection clears, allowing researchers to get a better idea of the number of cases that have already come and gone.

Is the Stanford COVID-19 Study Unique?

Although the Standford team was among the first to apply antibody testing to large groups of people, there are similar projects going on worldwide at the moment. One such project was focused on measuring the total incidence of infection in the German town of Gangelt. That study combined PCR and antibody testing to reveal that almost 15 percent of the town’s population had been infected. As more studies of this type emerge, we will likely begin to get a better idea of the true number of cases and how many of those cases produce no symptoms or only mild symptoms.

Are These New Findings Definitive?

It’s important to note that the data from the Stanford study have not yet been through the peer review process. Factors like selection bias and false positives may account for some of the high incidence of infection in the participants. It’s also crucial to recognize that these findings represent only Santa Clara County, meaning they may not be applicable to other parts of the nation.

With that said, this new study is part of a growing body of evidence suggesting that COVID-19 infections are far more common than initial testing indicated. As researchers learn more about the true number of cases and the real rate of transmission, it’s becoming increasingly clear that people should be taking all possible precautions to reduce their risks of infection.