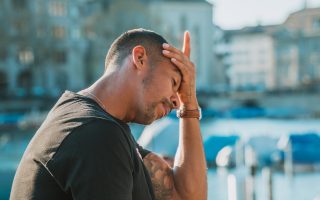 Depression has been one of the most sharply increasing mental health disorders of the last several decades. Today, major depressive disorder affects approximately 7 percent of the US population in any given year. While the causes of depression are complex and not fully understood, a growing body of research has pointed to links between depression and air pollution. Recently, a new study shed light on how air pollution may lead to higher rates of depression.

In that study, researchers examined a group of healthy participants residing in Beijing, a city known for its relatively high levels of air pollution. Using air quality monitors, the researchers were able to estimate the participants’ exposure to PM 2.5, or fine particulate matter. Participants were then evaluated for signs of depression, as well as tested for overall cognitive performance.

In addition to bearing out the already established link between depression, lower cognitive performance and air quality, the study identified a possible mechanism by which pollution could increase the risk of depression. The researchers found that individuals with a genetic predisposition toward major depressive disorder were much more likely to develop it if exposed to higher levels of PM 2.5. Air pollution also appears to act on and cause inflammation within neural networks in which depression-associated genes are expressed. This combination of genetic proclivity and environmental stimulus may help to explain increasing rates of depression, as well as why some people living in heavily polluted areas develop depression while others remain mentally healthy.

While much more research is needed to fully understand the link between depression and air pollution, this study represents a major step forward in that effort. In the future, its results may also help those who are at the highest genetic risk of depression protect themselves proactively from environmental risk factors, including air pollution.

For now, the best thing people living in polluted areas can do to reduce their health risks from particulate matter, VOCs and other pollutants is to use a home air purifier. By controlling the air quality in your home, you can limit your exposure to harmful pollutants. Check out our complete selection of home air purifiers to find the model that’s right for your needs.

Have questions about air purifiers? We’re here to help! Feel free to contact us for answers and personalized product recommendations based on your needs.