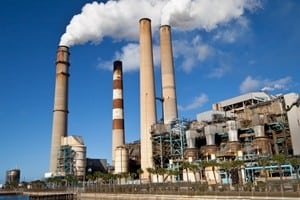 Exposure to air pollution during pregnancy has been found to be associated with higher rates of autism in children.

The question of what causes autism to develop in children is one of the biggest mysteries of our time, and one recent study conducted at the Harvard School of Public Health suggests that one of the culprits may be that ubiquitous influence that has been associated with almost all of the most common health defects — air pollution.

Lead researcher Marc Weisskopf and his team looked at a data set of over 116,000 women who participated in a monitoring study starting in 1989 and cross-checked the data with environmental readings from air pollution stations in their home areas. They found that among women who gave birth between 1990 and 2002 in the US, those who were exposed to the highest levels of air pollution doubled their chances of giving birth to a child on the autism spectrum. If the air pollution exposure occurred during the third trimester, the fetuses had an even higher chance of eventually developing autism, which corresponds to the tremendous amount of brain growth and development that takes place during those three months.

Of course, this still doesn't prove that air pollution alone is responsible for autism, but the fact that airborne pollutant exposure only had an effect on autism rates during pregnancy adds to the growing body of evidence that air pollution may contribute to the development of autism. ""That helps rule out a lot of other factors that could explain the association," Weisskopf told the US News and World Report.

If you live in an area, such as Southern California, where air pollution is rampant, you may want to look into purchasing a home air purifier to protect your health and that of any future children. Contact US Air Purifiers for advice today.