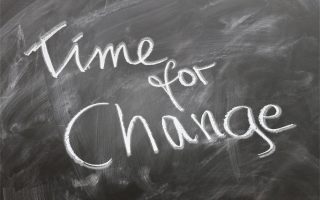 As the world continues to grapple with the problems presented by air pollution, more and more evidence is emerging that even relatively small amounts of certain pollutants can have a negative impact on human health. Now, new research suggests that even allowable air pollution standards in the United States may be too high. Here’s what you need to know about this new research and what it could mean for future air quality regulations.

What Do the New Findings Show?

According to a new analysis of more than 60 million Medicare patients assumed to broadly represent older adults in the United States, relatively low levels of air pollution were linked to several heart and lung disorders. The study, conducted from 2000 to 2016, found that each unit of increase in ozone, fine particulate matter and nitrogen dioxide was associated with several thousand additional hospital visits. Among the conditions that were associated with air pollution in the study were atrial fibrillation, heart attack, stroke and pneumonia.

Perhaps the most troubling part of these new findings is that the effect held true even when air pollution levels fell below the current guidelines for allowable levels. In other words, air quality that conforms to current regulations may still result in a substantially increased risk of lung and heart conditions. If further research bears this conclusion out, it could mean that regulations on air pollution require further tightening to reduce the negative health impacts.

Assuming that low-level air pollution can still increase the risks of lung and heart diseases, the implications would be widespread. Americans living in areas that are generally believed to have reasonably good air quality would have to give additional thought to protecting themselves from air pollution that was previously considered safe. New methods would also have to be devised for pushing air pollution levels down farther than ever before.

With all of this said, it’s important to realize that the study’s conclusions require further research to back them up. If future studies support the idea that low-level air pollution results in more heart and lung disease, though, it will call for a complete reassessment of what is considered a safe air quality level.

What Can You Do to Limit Your Air Pollution Exposure?

Although air pollution is a problem that must be addressed at the societal level, there are a few steps you can take to at least limit your personal exposure. You can start by reducing your time spent outdoors in polluted areas. Try to take your outdoor recreation somewhere a bit farther away from dense population centers, as this will help you avoid at least some of the air pollution created by cars on busy streets.

You can also keep the air you breathe in your home healthier by using a high-quality home air purifier. Ideally, you should consider using a unit with both HEPA and carbon filters, since this combination can help to capture both particulate and gaseous pollutants. By using an air purifier and recirculating the air in your home, you can remove pollutants and keep new ones from being dragged in from the outside. While you’ll still have to deal with pollution outside of your home, you can at least reduce your exposure by keeping it to a minimum inside your home.

Have questions about using air purifiers you improve the quality of the air you and your family breathe? We’re here to help! Feel free to contact us with your questions, and we’ll be happy to provide you with answers and personalized product recommendations based on your needs.