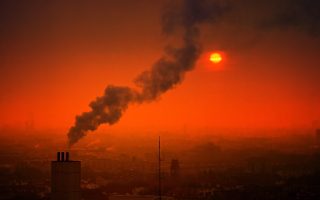 It has been well documented that air pollution reduces lifespans and is associated with a wide variety of health problems. Fortunately, this also means that improvements in air quality can have the opposite effects. This fact was proven recently by a report from the European Environment Agency. In that report, the EEA found that better air quality in European countries resulted in tens of thousands of fewer premature deaths in 2018.

What Did the EEA Report Show?

The latest EEA air quality report looked specifically at exposure to fine particulate matter and nitrogen dioxide, two of the most dangerous components of air pollution. Based on air quality and death data, the agency estimated that some 60,000 fewer Europeans died prematurely in 2018 than in 2009 as a result of fine particulate matter exposure, while deaths associated with nitrogen dioxide had fallen by more than half.

These findings confirmed that even modest increases in air quality were associated with lower premature mortality rates. Over the last decade, many European countries have been successful in significantly reducing levels of both fine particulate matter and nitrogen dioxide. Of the EU member countries surveyed, only six were found to still have fine particulate matter levels above the EU’s guideline limits.

Why There’s Still Lots of Work to Be Done

Although the saving of 60,000 lives is obviously cause for celebration, the news isn’t all good. The EAA report found that approximately 417,000 people still died prematurely in Europe as the result of air pollution exposure in 2018. While the numbers have dropped off considerably from a decade earlier, that’s still far too many excess deaths resulting from unclean air.

The situation in Europe is largely mirrored in the United States. Between 1990 and 2010, the number of US deaths associated with air pollution dropped by 47 percent. This drop reflected a period in which air quality was more or less improving consistently as a result of stricter emissions controls and improving energy technologies.

Can an Air Purifier Help With Air Pollution?

One of the best steps you can take to reduce your exposure to air pollution is to use a high-quality HEPA and carbon filter air purifier in your home. Even though it won’t help with outdoor pollution, a good air purifier can at least remove dangerous contaminants from your home air, thus reducing your overall exposure.

Using an air purifier in your home is especially important if you live in a heavily polluted area or a densely populated city. In these environments, pollution from industrial facilities or heavy traffic can easily make its way into your house. Once inside, these pollutants can have negative effects on your health and reduce the overall air quality in your home.

Have questions about using air purifiers to keep the air in your home clean and healthy? We’re here to help! Feel free to contact us with your questions, and we’ll be happy to help you pick out the ideal unit for your home. You can also browse our complete selection of home air purifiers to find the models that are best suited to your needs.