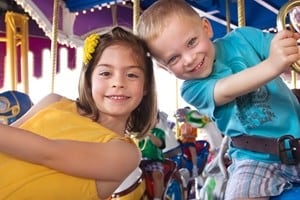 There are several facts about pediatric allergic rhinitis which usually affects young children.

Allergic rhinitis is a condition that usually occurs in early childhood, sometimes revealing itself in children as young as two years old and younger but usually manifesting between the ages of four and six. Some of the most common allergens that aggravate sufferers are pet dander, cockroaches, dust mites, pollens and molds. When these airborne irritants ignite the release of histamine, fluid production and inflammation begin to present themselves in the eyelids, nasal passages and sinuses.

There are typically two types of rhinitis to be aware of. Seasonal allergic rhinitis occurs during seasons when there is a high pollen count in the air, but this version rarely shows up in children until after they’ve turned six years old. Perennial rhinitis happens year-round and is much more common among toddlers.

One of the complications surrounding rhinitis, according to a Medscape article, is being able to appreciate what the set of symptoms actually mean. Rhinitis is easier to determine with a patient who has a new pet, or symptoms that make distinct changes along with the seasons. But with so many children being affected by the allergy, a family may not fully understand what is happening behind the nasal stuffiness, although they are likely to take note of chronic nasal congestion which is more unusual. In older children, the symptoms may seem less severe if a child has managed to endure them for a few seasons and learned how to accommodate them.

Some of the signs of pediatric allergic rhinitis include rhinorrhea, post nasal drainage, clear nasal discharge, snoring, an itchy palate and headaches. Some of the treatment options include oral antihistamines, probiotics and immunotherapy. Scheduling an appointment with your allergist will help you determine what the best medical course of action is.

Also, improving overall indoor air quality is another option. If you are interested in a home air purifier, US Air Purifiers will help you find the best air purifier for allergies available.

The Best Air Purifiers for Fall Allergies
Allergic rhinitis is a condition that usually occurs in early childhood, sometimes revealing itself in children as young as two years old and younger but … Read More » Read More »
Can seasonal allergies lead to weight gain?
Did you know that there are potential consequences of allergies that you may not have even considered? Read More »
Smartphones can cause allergies for those who react to nickel
There is an upswing in the amount of allergies that are brought on by smartphones. Read More »
Asthma not caused by inner-city living, researchers say
The major risk factor, rather than location, turns out to be poverty. Read More »
Experts say that many Americans may have been misdiagnosed with asthma
According to the U.S. Centers for Disease Control and Prevention, 18.9 million adults and 7.1 million children in the United States suffer from asthma. However, experts are beginning to fear that some of these individuals may have been misdiagnosed. Read More »