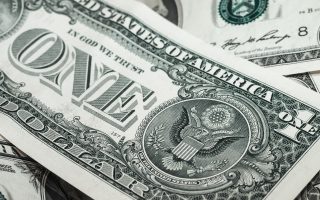 Over the last few years, we’ve learned a lot about just how dangerous air pollution can be. From higher risks of numerous cancers to decreased school attendance, air pollution is associated with a range of negative effects that few could have predicted 10 or 20 years ago. One thing that hasn’t been quite as clear until now, though, was the cost of air pollution in purely economic terms. Luckily, a new collaborative project between IQAir and Greenpeace shed some light on this important question. Here’s what you need to know about the economic impacts of air pollution.

What Costs Does Air Pollution Impose?

It’s no secret that air pollution leads to a range of negative health outcomes, including in some cases death. Like most health risks, though, low air quality also limits economic productivity, thus imposing a high cost on local, regional and national economies.

In the new project from IQAir and Greenpeace, an attempt was made to quantify these costs in 28 major cities around the world. When put into dollars, the costs that were calculated are nothing short of staggering. In Tokyo, for example, air pollution is believed to have cost about $31 billion dollars worth of productivity in the period from January 1st to June 30th alone. Other cities performed better, but still ranged well into the billions of dollars. Mexico city, for instance, racked up $5.5 billion in air-pollution related losses during the same period.

Excess deaths also contributed to the overall cost of air pollution in these cities. Across the world’s five most populous cities, approximately 98,300 people are believed to have died as a direct or indirect result of low air quality between January 1st and June 30th. These numbers clearly show the high cost in terms of both money and human lives that air pollution now regularly imposes on societies all around the world.

Rethinking How We Combat Air Pollution

Using an Air Purifier for Your Personal Protection

While there are limits to what you can do on your own to fight air pollution on a larger scale, you can at least offer yourself some extra protection at home by using a high-quality air purifier. By using an air purifier that combines HEPA and carbon filtration, you can target both the particulates and the gases that make up common automotive and industrial pollution.

If you’re wondering how you can use an air purifier to protect your home from the harmful effects of air pollution, we’re here to help! Feel free to contact us, and we’ll be happy to provide you with personalized product recommendations based on your needs and the size of your home.