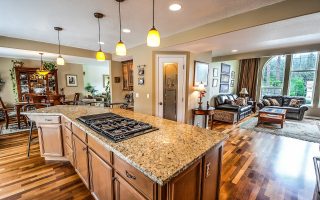 When choosing an air purifier, many buyers get confused about square footage ratings. One of the questions we see come up from time to time is “Can an air purifier be too big for a room?” In this post, we’d like to answer this question once and for all. Here’s what you need to know about room sizing and air purifier selection.

When you see a square footage rating on an air purifier, it’s important to understand what it actually means and how it’s calculated. Air purifier space ratings are usually calculated on the basis of how large a space an air purifier can perform one air change per hour in. The space is almost always assumed to have a standard 8-foot ceiling.

There are, however, some exceptions to this rule. The Blueair Pro series, for instance, lists its square footage ratings on the basis of five air changes per hour. So, while these air purifiers appear to have small square footage ratings, they are actually moving much more air than many competitive models. Be sure to read the ratings carefully to ensure you’re getting as much information as possible.

How Many Air Changes Is Enough?

As you can see, the number of air changes performed per hour plays a critical role in deciding what kind of air purifier you should be using in a given space. To get the cleanest possible air, it’s important to use a unit that will perform the right number of air changes in a given room. This number varies based on the room itself. For more information, you can check out our ACH guide to help you in selecting the right purifier for your needs.

Is It Possible for an Air Purifier to Be Too Big for a Room?

In a general sense, the answer to this question is no. Even if you’re using an air purifier with a much higher capacity rating than what’s needed in a given room, there will be no negative consequences. You’ll simply get more air changes per hour, resulting in a faster cleaning and cycling of air. While you may hit a point of diminishing returns, you’ll never actually do any harm by using an air purifier that moves more air.

It’s also worth noting that too much is far better than too little when it comes to air purifier capacity. If you go overboard, you won’t run into any significant issues. Buying an air purifier that doesn’t move enough air for your space, though, can result in sub-optimal cleaning. So, in most cases, it’s better to err on the side of caution by opting for a unit with higher capacity.

With that said, there may be reasons to choose an air purifier that moves slightly less air under some circumstances. Bedroom air purifiers, for example, have to run quietly, meaning that a loud fan used to increase airflow may not be a good feature. The same is true in offices and study spaces, which also need to be quiet. In very small spaces, the amount of room the air purifier itself takes up may also be a constraint.

Still have questions about what air purifiers are right for the spaces in your home? We’re here to help! Feel free to contact us with your questions, and we’ll be happy to help you pick out the right air purifiers for your needs.